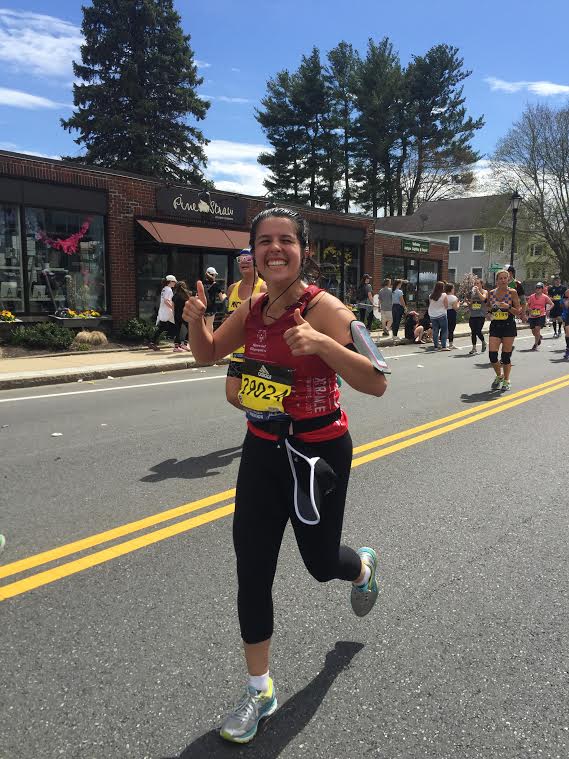 On April 16, Senior Allie Tearney will wake up before the crack of dawn to race the 26.2 mile Boston Marathon. For the leisure runner turned serial marathoner, the event is more than a hometown tradition; it’s an opportunity to raise $10,000 for Special Olympics Massachusetts, her home state’s branch of the world’s largest sports organization for children and adults with intellectual disabilities.

Throughout her childhood, Tearney attended Special Olympics events with her cousin who has autism. These experiences inspired her to pursue a special education degree, she said. For the past three summers, she has volunteered at the Special Olympics headquarters in Boston. Because the organization makes its programming free for all participants, funding to provide uniforms and equipment is crucial. In last year’s Boston Marathon alone, she raised $10,600 for Special Olympics MA.

Because Tearney pledged to generate $10,000 before this year’s race, Special Olympics MA accepted her to represent the group as a charity runner, meaning she is exempt from the competitive marathon qualifying time.

“The best part of Special Olympics for me has been being able to give people the opportunity to excel in something they love and something that they’re really good at and giving this population a chance to succeed when they’re told, ‘no,’ and that they can’t do things,” Tearney said. “It’s just to prove to them that they can.”

Tearney’s efforts are not exclusively geared toward Boston. In April, she spearheaded Special Olympics Vanderbilt. The club, which stands at around 40 individuals, includes athletes both with and without disabilities from the Vanderbilt and Nashville community that compete in flag football games once a week. The club’s basketball season began on Jan. 23.

“I decided to start the club at Vanderbilt because I know that the athletes are capable of so much but are also just the best people in the whole world. It’s really, really fun and competitive. We’re a team. We act like a team and play like a team,” Tearney said.

Looking toward the Vanderbilt student body, the Next Steps community and beyond, Tearney has already raised $5,500 and is working toward her $10,000 goal via email, crowdrise and more. Between her 15 mile runs following long days of student teaching and programming with the Special Olympics Vanderbilt, Tearney has her eyes set on race day. However, April 16 is by no means the end.