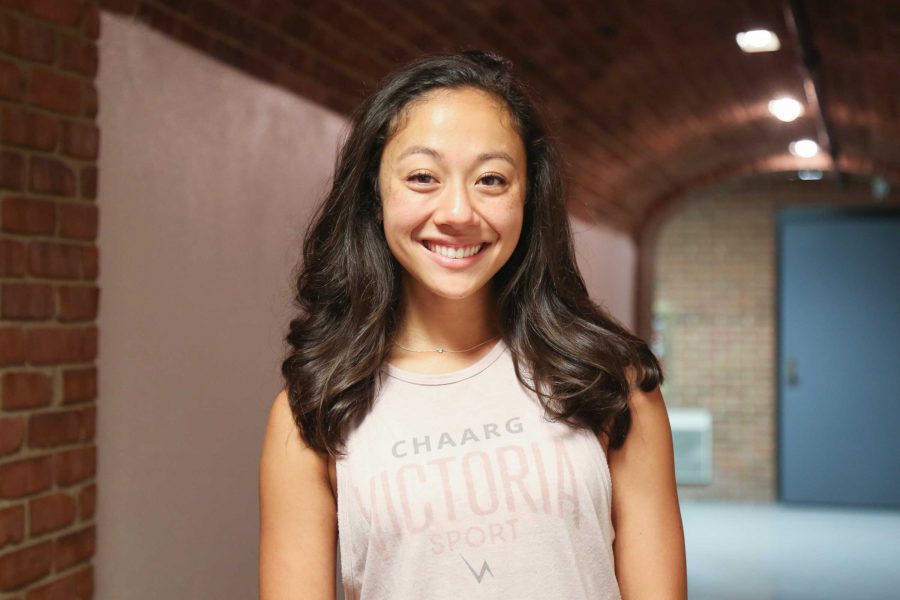 Just earlier this week, I participated in a psychology study here in Wilson Hall. The study was conducted over a two-hour period during which I performed a variety of tasks with a graduate student in charge of data collection. During one part of the study, I was told to sit in a chair with my hands resting on my legs, palms facing up. As the graduate student kept time with a stopwatch and recorded data from my heart rate monitor, I reported how many times I thought about my heart beat across various assigned intervals. This part of the study seemed mundane to me — as simple as reciting the alphabet or tying my shoes. Following every trial, I ranked the confidence of my answers as a 10/10.

After several trials of heartbeat-counting, I was asked to instead estimate how many seconds elapsed across various assigned intervals. Suddenly, I felt blind in this new task, as if this were information unfamiliar and unknown to me. I tried to visualize everyday instances of seconds ticking by, like my phone’s stopwatch, the minute hand of an analogue clock or the timer counting down on a microwave. Still, my answers felt like shots in the dark. Sure enough, my estimates of time weren’t very accurate, but they were nonetheless average for the controls in the study. My estimates of heartbeats, however — not so much estimates as they were raw counts — were reported as “remarkably and unusually accurate.” Out of curiosity, my experimenter asked if I ever had any athletic training. I replied that I had, but I kept the real answer to myself at the time. The real answer is yoga.

To say that yoga has a mixed reputation is an understatement. There’s the “rich housewife” version, the “I just like lululemon” version, the “‘Escape (The Piña Colada Song)’” version. Then, there’s the real version. When I went to my first yoga class in high school, I was somewhere between the “rich housewife” and “I just like lulu” versions — and I really didn’t love it. I thought that the postures would come naturally to me since I had danced and been flexible for my whole life, and I can say that the class was physically fairly straightforward for me as a result. The mental battle was where I lost. That first yoga class consisted of about three minutes of mindful breathing and simple existence followed by 57 minutes of wondering when the hour would end and worrying about other things. In other words, what was supposed to be an hour of relaxation turned out to be pretty similar to a MWF class.

I remember being surprised by my experience. Wasn’t yoga supposed to be a magical, enlightening exercise, one that could change my whole worldview? Actually, yes. But just like any other skill, it would take time. And the mastery of this skill, the simultaneous control of your mind, breath and body, the refusal to allow fleeting thoughts to cloud your consciousness, to not only hear the words claiming that your body and soul are one with the Earth, but to actually believe it for a moment, is no small feat. Throughout the practice of yoga, you get to know yourself in ways you never would in this bustling life of ours. We, especially as students, spend so much time trying to understand the things outside the confines of our body: sociology, geography, outer space and economics. These external ideas certainly deserve the tremendous amount of thought that we allot to them, but none of that thought could be allotted anywhere if it did not originate in some source. Ironically, I feel that many of us know less about the workings of that source than we do the workings of the world around us.

The physical flexibility that comes with practicing yoga is but an afterthought of the power you gain through the knowledge of your own self. A seasoned yogi is highly introspective, both mentally and physically, a distinction that yoga teaches is not incredibly well-defined. Throughout a single yoga class, yogis are called to set intentions for their practices, perform “body scans,” analyzing each segment of the body one by one as would a machine, call attention to their breath, be present on their mats and root down through the Earth, feeling the connection of their body with their surroundings. For me, yoga has become a kind of religion — one that is honest and lacks expectations, one that is accessible to me as long as I have my body and one that celebrates the unity and love for all creatures.

Although this might all sound very lofty, some of my good friends, CHAARG execs and yoga instructors themselves, wholeheartedly agree. Both Shannon Hurlston and Joyce Costa have completed 200 hour teacher trainings, the requirement for a certification to teach yoga. During the summer between her sophomore and junior years of high school, Shannon traveled to Bali and did almost exclusively yoga for the duration of her stay. “There,” she says, “I really felt like yoga was doing something more for me. It became more spiritual to me. Yoga is this idea that your body is somehow connected to the rest of the world, and you’re giving honor to that body every time that you move.”

As Joyce progressed through her journey with yoga, she remembers that,  “In my personal life, my mindfulness increased so much. Now, I pay a lot more attention to how my body feels, my posture when I’m sitting or what I need to do to relieve any tension.” That mindfulness, that awareness of what you need to change to feel and live better, is not only what allowed me to so easily count my heartbeats, but is also what allows you to give the most to the world every day. You can’t pour from an empty cup. At a university that at times asks us to give so much, it becomes all the more important to ensure that your cup is full first. But however will you fill your cup if you don’t know what you really need?

For so many yogis including Shannon, Joyce and me, yoga is an outlet to not only recharge, but also to learn how to better recharge in other areas of life, such as choosing what to eat, giving your body the sleep it needs and learning how to say no if you need time to yourself. Without yoga, we all joke that our bodies would hate us forever. “My main concern would be how I could ever feel good again,” Joyce says. I can definitely relate. Every time I practice, I move a little further along in the slow journey of getting to know myself. And while I’m not sure if I ever truly will, I know that without yoga I would be nothing more than in the dark.