Vanderbilt Hangs on to Beat TCU 81-78 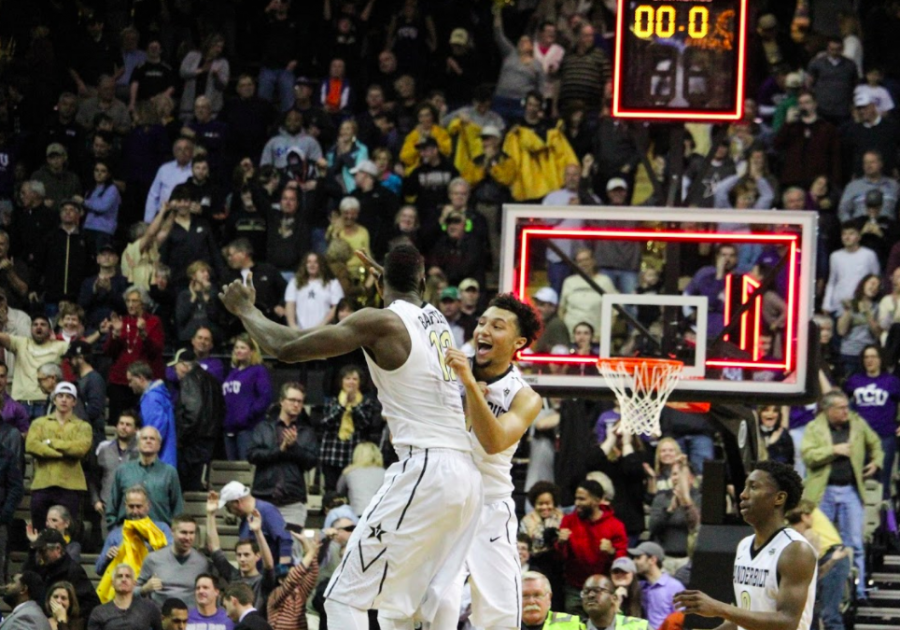 There’s a new program in town, full of rebounds, three-pointers, and a pinch of Memorial Magic—it’s called the “Jeff and Riley Show.” Seniors Jeff Roberson and Riley LaChance combined for 46 points against LSU and UT, and now 36 against Texas Christian. This resurgence comes after the devastating news that fellow senior Matthew Fischer-Davis will be sidelined for the rest of the season because of a shoulder injury he sustained vs. LSU, effectively ending his career as a Commodore. “We know everyone’s got to step up in [Fischer-Davis’s] absence,” LaChance said after the game. “I think that as seniors,” Roberson added, “being more aggressive and setting the tone for the rest of the team is key.”

Vanderbilt came into the game with an 8-12 record that belied a strong strength of schedule and a bevy of closely contested games. In their last game, the Commodores came back from a double-digits deficit in Knoxville to make the final score 67-62. With an RPI of 16, TCU has a similar case of near-victory syndrome, but they recently broke through with a resounding 82-73 win over #7 West Virginia. This was the first game that TCU guard RJ Nembhard returned from an ankle injury that nearly forced him to take a medical grey shirt, but he did not see any playing time.

Today’s contest between TCU (15-5) and Vanderbilt (8-12) is part of a series of games called the SEC-Big12 challenge. The event has been held every years since its debut during the 2013-14 season. Both coaches saw the value of the challenge, but TCU skipper Jamie Dixon questioned its timing. “I see the value of both having it in November-December as well as having it now, but ultimately it’s not my decision,” Dixon commented. At the time this article was published, the SEC and Big 12 were tied 4-4 overall in the challenge. “This was our biggest win of the season so far,” Roberson commented after the game.

After the camera panned to former Vanderbilt Basketball great James Siakam, Lee opened up the game with a three-point shot. It’s clear that Coach Drew is still experimenting with the starting lineup, and today’s cocktail included Maxwell Evans. “We though defensively that we wanted to defend on ball screens,” Coach Drew said after the game, “and we thought that he would be able to give us a better opportunity to do that.” The move was short-lived, however, because he was replaced by Djery Baptiste only a few minutes later. Drew has been somewhat evasive when questioned about his starting strategy, claiming repeatedly that the variance is due to matchups and wether a player has earned the right to finish a game. Earning a definitive right to start has been more difficult because of some inconsistent play, and the only player who could say they’ve had consistently positive outcomes would be Roberson.

Lee’s play was followed by a LaChance 3, and immediately afterwards Saban Lee stole the ball and drove past two TCU defenders before passing to Evans in the paint who made a layup to make it 9-2 Vanderbilt. Rebounding, as well as preventing turnovers, was a challenge for Vanderbilt in the early minutes of the first half. Missed execution on a pass to Baptiste in the paint which was followed by a controversial call while Vanderbilt was on defense put a sour final note on the first shift’s time, which still ended with a 16-13 Vanderbilt lead. LaChance struggled with shooting at first, but got hot later in the first half to make his shooting total 4-6. The senior also played above his size with three rebounds in the first. Roberson puts Vanderbilt back ahead 25-23 with three consecutive two-point shots that were cleaner than the white Nikes the coaching staff was wearing today. Roberson also played well on defense, blocking a shot and breaking up another pass to allow Vanderbilt to pull ahead 35-26. TCU continued to keep pace with the Commodores throughout the final minutes of the first half. Interestingly, Vanderbilt out-rebounded TCU 17-11 and led 43-40 in points.

The Horned Frogs scored the first four points of the half before Coach Drew called for a timeout to recalibrate. Riley LaChance opened up Vanderbilt’s 2nd half scoring thrust with a three-point shot, which was soon followed up by a steal and a basket by Saban Lee. Roberson got fouled on a layup for a three-point play. TCU managed to rally half way through the second half. With a pair of three point shots from the Horned Frog’s Kenrich Williams, TCU became within three points of the Commodores, 58-65. TCU shooting deep had truly improved in the second half, forcing the Commodores to regroup with another timeout with under eight minutes to go. Vanderbilt’s defense ended up pulling them out of the funk, with a steal by Roberson and a block by Obinna allowing Vanderbilt to hold onto their lead. TCU’s success was in part due to TCU besting Vanderbilt in rebounds, winning sixteen more contests than the Commodores by game’s end. TCU’s Vlad Brodziansky also took advantage of some height mismatches to hang points on Vandy to tie the score 76-76 with less than two minutes left in the game.

Saban Lee rebounded his own shot from what appeared to be off the side of the backboard before dishing it back out to LaChance who drained a three to make it 79-76 Vanderbilt with less than a minute left. Lee drove the ball inside to the basket as the shot clock ran down, missing two layups in heavy traffic. Vanderbilt somehow retrieved the ball from the scrum and passed it back out to LaChance, who was fouled by TCU with ten seconds left and the Commodores holding on by a thread to a 79-78 lead. LaChance redeemed himself for his Kentucky finish by draining two free-throws.

TCU stormed down the court, making it inside the paint before passing out to make one final, three point attempt that was not good. The Vanderbilt players mobbed each other as another robust student section cheered them on. Although it came in a non-conference game, the 81-78 was much needed for the Commodores. The team was still reeling from its loss of Matthew-Fischer Davis due to injury, but they showed maturity as they maintained their composure down the stretch. TCU certainly did not help themselves as they completed zero free-throws through the whole game and curiously abstained from putting the press on late, a move that has preceded a Vanderbilt collapse in multiple games this season. When asked about TCU’s defensive game plan, Coach Dixon quipped, “we didn’t follow it so I’m not even sure if it’s relevant—we know we’re not very good defensively.”

Regarding LaChance’s resurgence after coming under criticism for uncharacteristically missing four consecutive free throws, Coach Drew reflected: “I think it’s a reflection of his character. Obviously, it was a touch time for him and for our time, and I think he had a great upbringing and that’s coming out right now, so he’s playing his best basketball right now, in part because he’s being more aggressive in his shooting.”

Another developing story line over the past couple weeks has been an injury sustained by Vanderbilt five-star recruit Simi Shittu, which was confirmed to be an ACL tear late this week. “When he get’s here [Vanderbilt] we’ll continue his rehab,” Coach Drew said, “he might be 80-95%, but by the end of July he’s hopefully going to be doing just about everything.”

Vanderbilt’s next game will be on the road against Kentucky this Tuesday at 7:30.