Taking stock of the Commodores going into crucial week 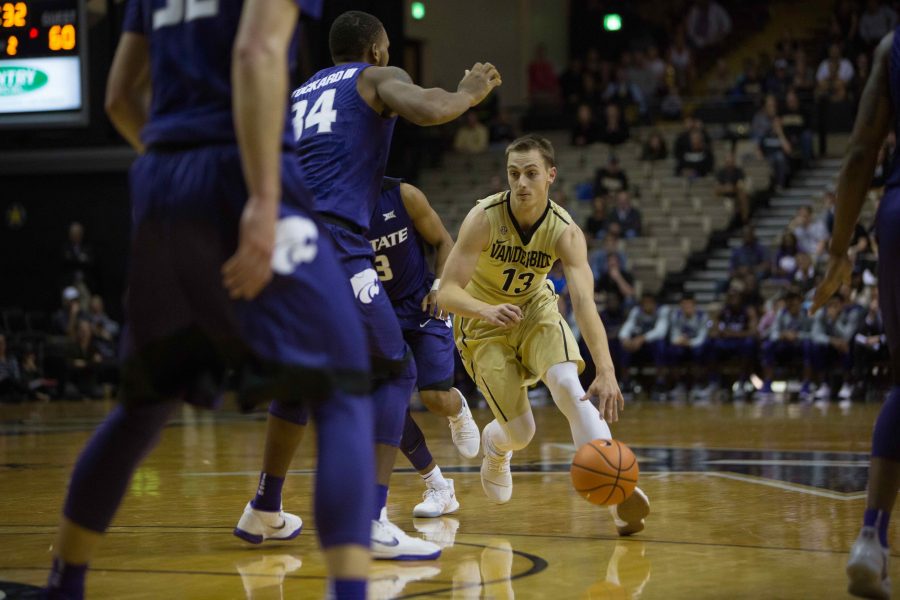 As students return to campus for the new semester, the Vanderbilt Commodores will be taking the floor at Memorial Gym for two of their biggest games of the season.

The Tennessee Volunteers visit Nashville on Tuesday night at 8 PM (SEC Network), while John Calipari and the Kentucky Wildcats come to town on Saturday at 3:00 PM (ESPN).

With two of the best teams in the SEC on the schedule in the same week, this will be a crucial test for a Commodore team struggling with a record of 6-9.

Here are a few storylines to watch as Vanderbilt enters the thick of SEC play.
Big Boy Roberson
Going into this season, rebounding was a serious concern for Vanderbilt with the loss of seven-footer Luke Kornet. Many looked to center Djery Baptiste as the X-factor to step up in his absence.

While Baptiste has improved significantly this season, it’s been senior Jeff Roberson leading the charge on the glass. Despite standing at just 6’6”, he is leading the team in rebounds with 8.1 per game. He’s also sitting in fourth in the SEC in that category.

Roberson has done an excellent job of playing like he has a few more inches of height. His versatility has proven to be an invaluable asset for this team, and he will need to continue to knock down shots, as well as grab boards, if Vanderbilt wants to right the ship.
Shooters Aren’t Shooting
Vanderbilt is dead last in the SEC in points per game.

For a team that prides itself on the ability to shoot the ball effectively, that’s completely abysmal. That’s been the biggest reason for their struggles. If you can’t put the ball in the basket, you can’t win basketball games.

This general shooting struggle can be best attributed to their struggles from beyond the arc. Vanderbilt has attempted the most three-pointers as a team in the SEC, and yet they sit in 12th in three-point field goal percentage at 32.7%. For reference, they shot 37.6% from three-point range last season.

When you are relying on the three-ball to create offense, and those shots aren’t falling, you’re going to struggle.

Is it luck? A slump? It’s certainly not a lack of skill, as players like Matthew Fisher-Davis and Riley LaChance are notorious for their prowess from long-range.

Whatever the reason is, if Vanderbilt wants to jumpstart the offense, they need to find that touch from beyond the arc. That’s a much easier solution than changing the dynamic of the offense completely.
It’s RPI Season
If Vanderbilt doesn’t start getting some high-quality SEC wins, they’re in danger of missing out on the NCAA Tournament, the NIT and any other postseason tournament.

Right now, Vanderbilt sits at 155 in the RPI rankings. The next-worst SEC team is Ole Miss at 114th overall.

Considering that there’s 68 spots in the NCAA Tournament, plus 32 in the NIT, the Commodores are not even close to the postseason right now. However, their fortunes could change with some quality wins. Tennessee and Kentucky are 10th and 12th in the RPI rankings, respectively, so even just one win this week could be extremely helpful to their postseason resume.

In addition, the Alabama team that they beat last week sits just outside the top 50 at 53rd. If Vanderbilt wants to extend their season deep into March, they’ll need to get some RPI Top 50 wins. Luckily for them, they’ll have 10 more opportunities to beat teams in that top 50 this season.

It’s going to take a big second-half push to get them into any postseason play, but then again, they got to the tournament last year with a similar run.