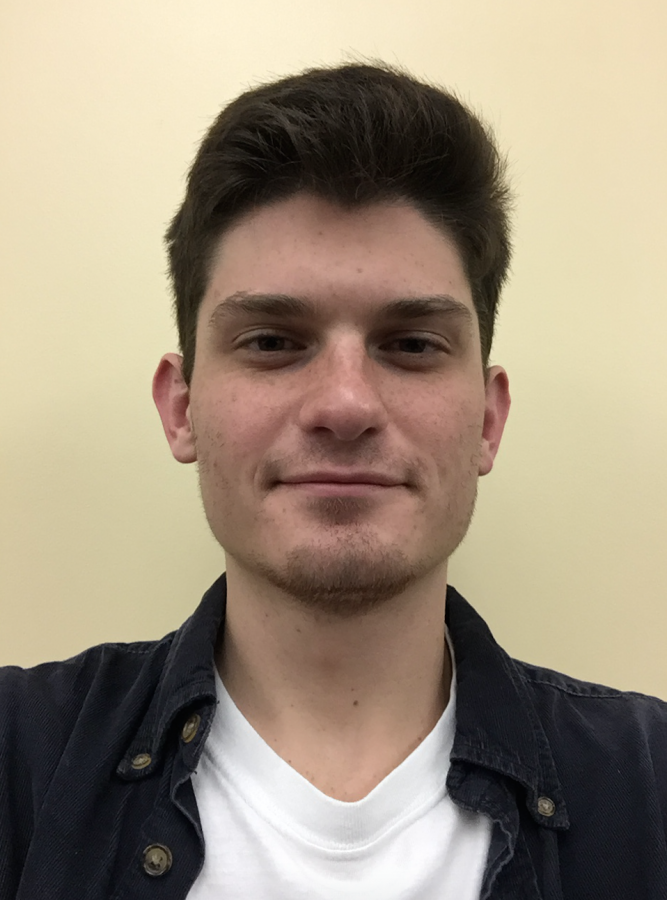 The Hustler sat down with senior Bradley Bark to ask him about his summer job at HP, love of jazz music, and most memorable moments as an engineer at Vanderbilt.

1. What did you do last summer?

Last summer I was working for HP, or Hewlett-Packard Enterprise to be more specific. They were in Houston, so I lived there for the summer, and they had me writing some code, some automation software for their testing packages.

2. Tell us about the rocket club you are a part of.

The formal name is Vanderbilt Aerospace Design Lab, and the main project that we do is called NASA student launch. They send out a request for proposals every year, so schools can form teams. I don’t think there’s a size limit. Our team is 12 people I think. Basically, they ask for proposals giving a high-level design plan for the semester, and the end goal is to launch a rocket, a high power rocket, about a mile in the air. They judge your experimental payload, so whatever you put in the rocket. This year, each team had a choice of three payloads to make. The payload we chose to put in our rocket is going to be a thruster system, so if your rocket goes up in the air and launches, what we want to do is have it rotate at least twice by our own control. So there will be thrusters near the nose cone that are pointing tangential to the rocket surface, and it will make it spin. That’s what we do, and the NASA student launch thing–we’re kind of double dipping, so using it for credit for senior projects as well.

3. What are your goals as a part of this organization?

This will be my first chance to really build circuitry that does something fun and cool. I have done stuff in lab, but you would have directions and you would do it–it’s not like you have any design expertise involved, so this will be my first run through of the design process with hardware and software. I’m kind of on the hardware and software side with this, because we’re designing a control system that’s going to be housed inside of a microprocessor in the rocket, so my goal is just to see the success of our control system, getting at least two rotations. The goal is really to get it to rotate twice and stop it, so we don’t want any rotational acceleration after the rocket starts to flip over and fall down. So just to pack as many rotations as possible.

4. When did you start playing the drums?

I started 8th grade, so I’ve been playing since then. Not a whole lot of performance experience, but some.

5. What are your musical aspirations?

I’d really like to tour at some point in my life, but that takes a lot of work. A lot of work and investment in something I haven’t done before. It would be an adventure for sure, it would be great to travel, but I don’t know if that would be the path of least resistance right now. But I definitely want to keep playing throughout my life–if I’m in a garageband with a lot of dads one day, that would be cool.

if I’m in a garageband with a lot of dads one day, that would be cool.

6. Tell us about your interest in jazz music.

I love jazz. It’s not something that a lot of people are into, but I started listening to music when I started playing piano way back when, and that was the first thing I had on my Napster MP3 player: Star Wars soundtrack. From there, I got into classic rock, and 90’s rock from my drum teacher. In high school, we didn’t have a marching band or anything, so I wanted some sort of musical outlet during high school, and the only thing we had was jazz band. I got into that, and I guess through my teachers and playing jazz at school, I learned to love it. I didn’t like it at first. Kind of like coffee I guess.

7. If you could have any job after graduation, what would it be?

I would probably want to be a musician if I could do anything. I’ve put a lot of time and work into a double E (electrical engineering) degree, and it wouldn’t necessarily be a waste to not get a double E job, if I could do anything I would probably be a musician. But money is a big question mark there. I don’t know if I would be able to make enough to live comfortably in the same place for a while. An industry job would probably look like maybe somewhere with an aerospace company. That would be pretty cool, doing flight control systems, but I think that would be a long term goal. Not a whole lot of people find their dream job straight out of college, so TBD.

8. You live in one of the coveted two-level Warren and Moore suites. What is that like? 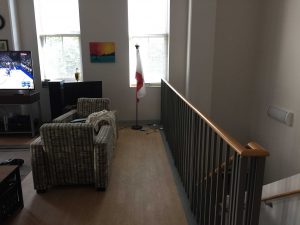 It’s pretty sick. I would objectively say we have one of the best spots on campus for living. I’m just grateful for that. I don’t want to sound stuck up or anything, but Kissam is pretty awesome. They have the food there, and we all have our own room–plenty of space. We had a few parties there already this semester, so people seem to like it.

10. What will you most remember about your Vanderbilt experience?

That’s a good question. Probably not the weekends. Those are fun. I don’t know, I just like to push myself, so I think I’ll remember being stressed a lot, all the time. But I think it’s rewarding because I know that every year I grow a little more, and I can do things I didn’t think I’d be able to do the year before. I think I’ll remember my crazy professors a lot too–some of them are just wacky. I think the challenge will be a big memory, and the friends here–I have a pretty good friend group. Hopefully we’ll stick together after college.