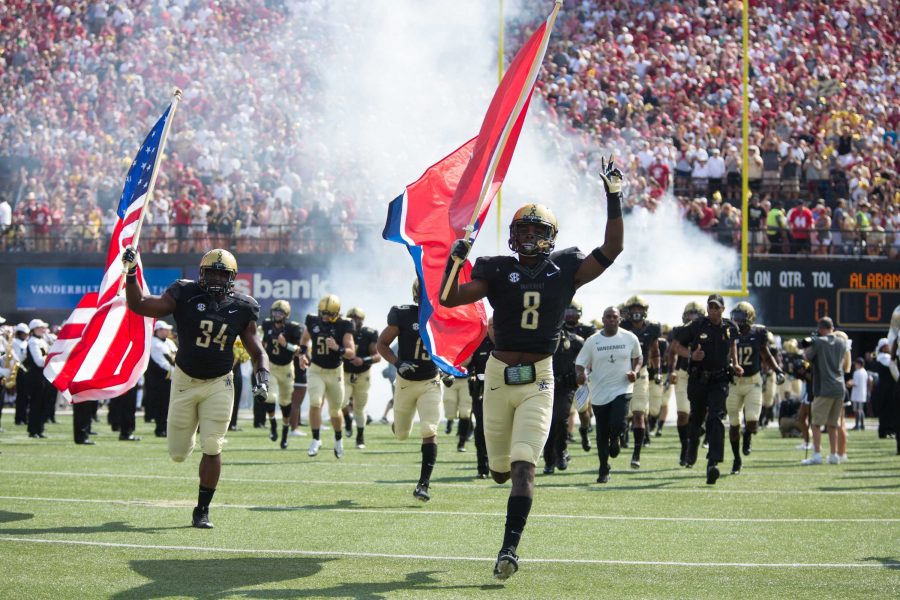 This season, the Commodores provided plenty to smile, cheer, and cry about.

It was truly a roller coaster of emotions for the fans and players alike, but before we move on from football, we’d like to present the first annual Vandys: The Vanderbilt Hustler Football Awards.

Unfortunately, we do not have the budget to hold an award ceremony like the ESPYs, but we believe our selection committee did an exceptional job this year. Without further ado, let’s begin with the inevitable:
Most Valuable Player: Kyle Shurmur, QB

There’s not much of a debate here. Even when the Commodores struggled, Shurmur was the go-to playmaker.

Shurmur ended the season near the top of many SEC passing categories; he was third in completions, second in passing yards, and second in touchdowns. Many argue that he only achieved this because of the Commodores’ seemingly one-dimensional offense (why run the ball when you have Ralph Webb, right?), but by that logic, you can discount the large number of incompletions and interceptions too. In the end, Shurmur made Commodore history and national headlines after rushing for a touchdown to beat #18 Kansas State in week three, which turned out to be a pretty big highlight.
Most Valuable Fan(s): Jesse Pullen (Sad Vandy Kid)

I’ll let the picture do the talking here. You’ve got some heart, kid.
Least Valuable Fan(s): The Rest of the Student Section (except for the Mic Men)

It’s quite concerning that so few students attended home games. Next season, students need to make an effort to be at every game, and let’s not chant “We Want ‘Bama” until we’re certain that we actually want ‘Bama.  The bulk of the student body represent the least valuable Vandy fans.

Except for the Mic Men. Y’all are cool.

In all seriousness, when the fans of a visiting team outnumber Vanderbilt fans time and time again, students need to take action. Come on, the tickets are free.
Best Hit: Jared Pinkney, TE @ Middle Tennessee

The best hit this year is not what you’d expect it to be. It wasn’t a defensive knock; there weren’t any Jadeveon Clowney-like helmet pop type plays. Instead, this year’s best hit came on the offensive side of the ball.

The Commodores traveled to Middle Tennessee State for their first contest of the season, where Jared Pinkney hauled in a pass and proceeded to run like a freight train straight through a poor, hopeless MTSU defender. Watch the video, we promise it won’t disappoint.
Best Catch: Kalija Lipscomb, WR @ South Carolina

Let’s rewind to this third-and-short at South Carolina.

As the play developed, Shurmur threw a lob down the field to Kalija Lipscomb. Lipscomb, nearing the sideline and with plenty of distance to make up, did not seem to be in any position to haul it in.

The result? Lipscomb controls the ball with one hand before pulling it in and securing it against his helmet. He basically pulled a David Tyree at full speed while also trying to stay in bounds, and it was probably the highlight of that game for the Commodores.
The Hulk Award: Derek Mason

The Commodores play football at Ole Miss on Saturday, October 14, 2017.

No one ever wants to get the Hulk angry.

Derek Mason is known for ridiculous answers to questions in press conferences, (most notably, this), but after a tough loss to the Kentucky Wildcats, the Commodores made Derek Mason, “pissed, mad, [and] angry.” I can’t begin to imagine what their next practice was like.
“C’mon Man” of the Year: Vanderbilt defense

I wish we could’ve given this award to one person. It would make this play a lot less pathetic.

Now imagine that in a football game. It would look something like this: Kentucky’s Lynn Bowden Jr. runs down the field with the ball firmly in his grasp, until a Vanderbilt defender approaches him from behind and pops the ball out of his possession. The ball starts to roll to their own end zone, where another Vanderbilt defender falls on it and possesses the ba… nope, he just popped it another few yards. Luckily, a nearby Vanderbilt defender is able to avenge the mistake, as he falls on it and finally gets the… nope, once again, the ball rolls closer to the end zone. Third time’s the charm, right? Nope, he knocked the ball even closer to our end zone, where Kentucky recovered the ball.

So, to recap: the was the defense essentially gaining twenty yards for the Kentucky offense by kicking the ball all the way down the field. 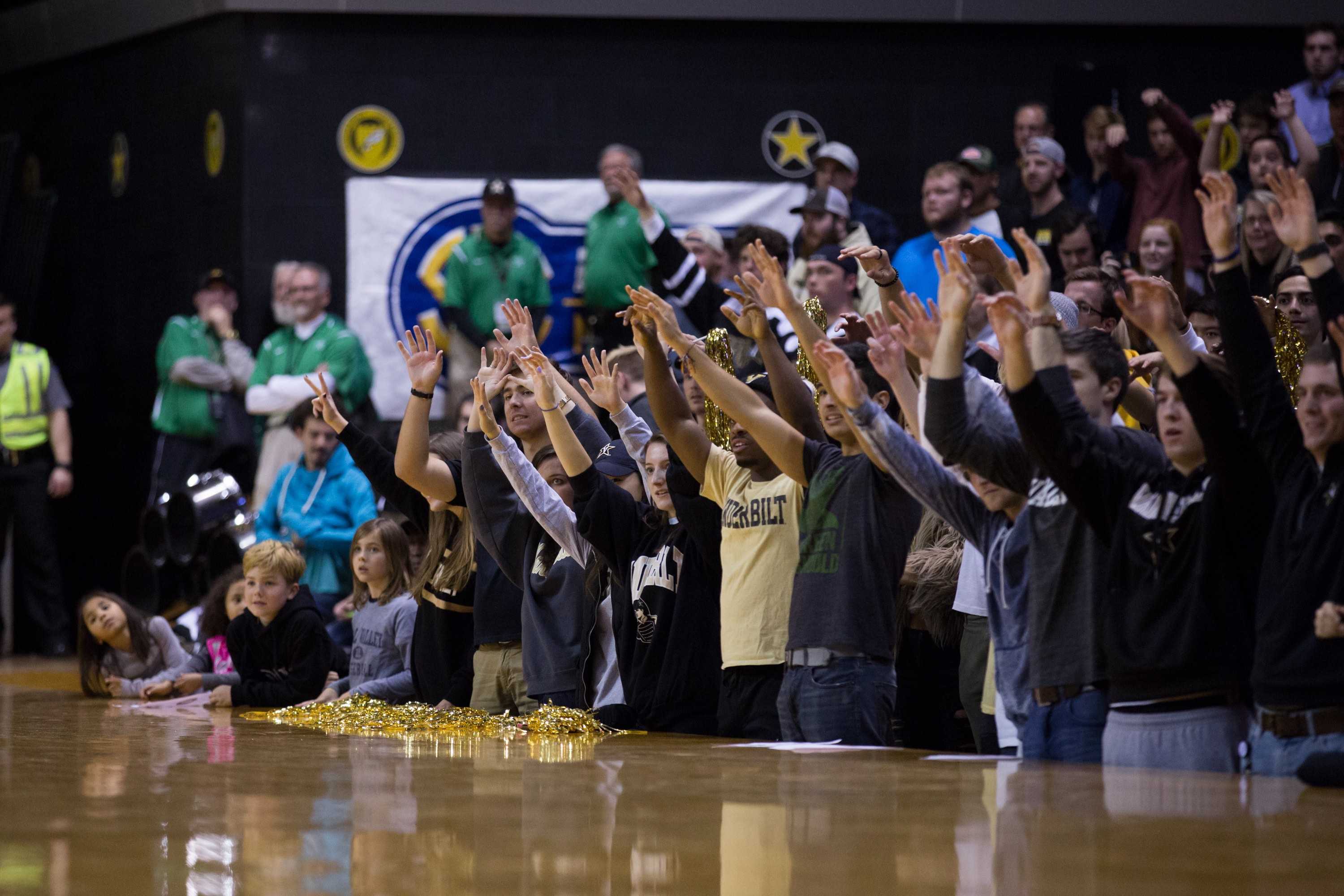 Vanderbilt plays the University of Southern California in basketball on Sunday, November 19, 2017. (Photo by Claire Barnett)

Nope, no football players here. When next fall rolls around, I can assure you that every football loss will just make the fans grow more excited for basketball season. Not to say that they won’t begin the football season waiting for basketball to start.

On November 13th, Vanderbilt landed Nashville native Darius Garland. Garland is a five star recruit, ranked 11th in the nation (2nd best point guard), which is good enough to make him the best recruit to ever come to Vanderbilt…

Simisola “Simi” Shittu, the 6th-ranked recruit in the nation, then broke that very record. Another five-star recruit, Shittu brings the team some dangerous talent. Seriously, take a look.