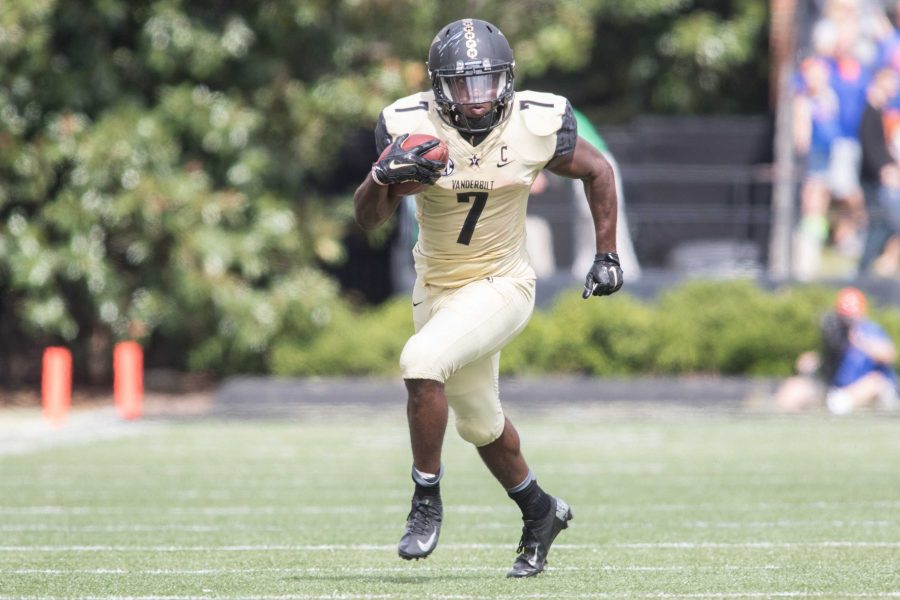 In a game characterized by weak offensive production and strong defense, Vanderbilt football fell at home to Florida 13-6.

The first quarter featured minimal offensive production. The only drive where the Vanderbilt offense was moving down the field was ended by a Kyle Shurmur interception.

Florida’s offense was similarly underwhelming, having max production when running back Lamical Perine had three rushes for 23 yards. The play that summed up the quarter well was a completed third down pass from Shurmur to Ralph Webb. The Vandy crowd cheered after Webb caught the pass 15 yards short of the first down, resulting in a fourth-and-11.

The beginning of the second quarter featured much of the same. Quarterbacks running away from defensive linemen that overwhelmed the offensive lines, secondaries forcing the QBs to throw into tight windows and the defenses swarming to stop runs for minimal gains.

Toward the end of the half, though, the offenses started to sustain longer drives. Aided by starting near midfield, Florida was able to score a touchdown because of a series of good runs by running back Jordan Scarlett and bad tackling by the Vanderbilt defense in taking a 7-0 lead.

Vandy’s offense responded well, including some good passes by Shurmur and runs by Darrius Sims and Josh Crawford, leading to a 38-yard field goal made by Tommy Openshaw. Florida closed the half executing the two-minute offense well, with Eddy Pineiro making a field goal as time expired to push UF’s lead to 10-3.

Some of the offensive production carried over to the third quarter. The defensive lines were forcing both QBs to run in circles to avoid sacks. But for Vandy in particular, the running game was very effective.

On Vandy’s second scoring drive of the game, both Webb and Khari Blasingame, who combined for 151 rushing yards, each had amazing runs to set up another field goal opportunity for Openshaw, who hit the 27-yarder to make it 10-6 Florida. The quarter ended positively for Vandy after a Florida three-and-out and a 21-yard run by Webb.

Vandy failed to produce much on the initial drive of the fourth quarter as Florida’s offense proceeded to get into field-goal range. Gators QB Austin Appleby made connections with tight ends C’yontai Lewis and the heavily targeted DeAndre Goolsby, leading to a second Piniero field goal as Florida extended its lead to 13-6.

On the following drive, with 7:31 left in the game, Shurmur had to be replaced by Wade Freebeck after sustaining an injury. After Vandy punter Sam Loy and Florida QB Austin Appleby exchanged fumbles, Freebeck came back onto the field to try to lead a game-tying drive with 2:56 left in the game.

After a couple of good passes by Freebeck, the offense stalled near midfield and head coach Derek Mason decided to punt with 1:37 remaining. After a three-and-out by Florida, Vandy got the ball back at their 23 yard line with 1:01 left and a timeout remaining. On the next play, Freebeck’s pass was intercepted by safety Nick Washington, promptly ending the game after three Florida kneel-downs.