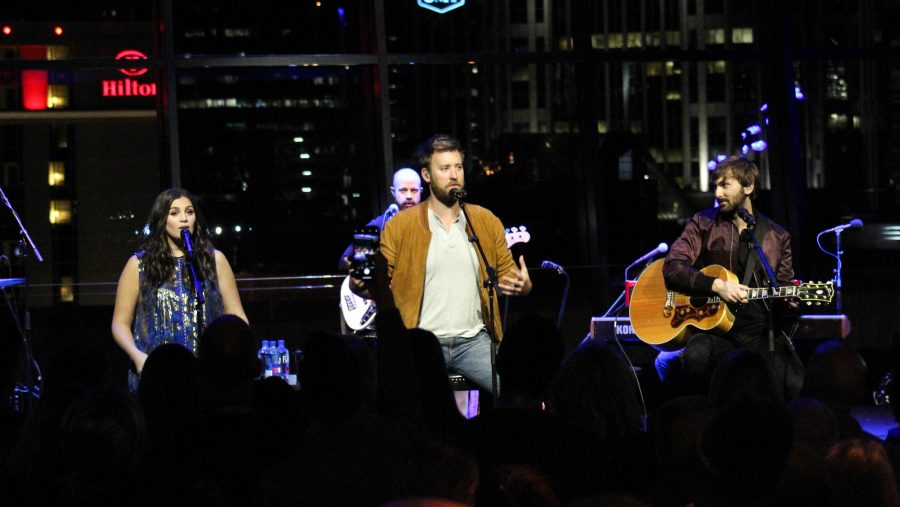 On Friday night, Lady Antebellum performed a private show for Hilton Honors members as part of Hilton’s “Music Happens Here” program. The concert was held in the Event Hall at the Country Music Hall of Fame and Museum.

The trio performed a dozen songs, including their trademark hits and several new songs from their latest album Heart Break against a backdrop of the Nashville skyline. Several hundred fans were present and able to stand within feet of the stage.

Band members Hillary Scott, Charles Kelley and Dave Haywood reflected on how they have developed as singers, songwriters and performers since early hits like “I Run to You” and “Love Don’t Live Here.” Hillary, a Tennessee native, joked about the six months early in her career that she spent as a back-up singer performing on Broadway, just one street over from the concert. 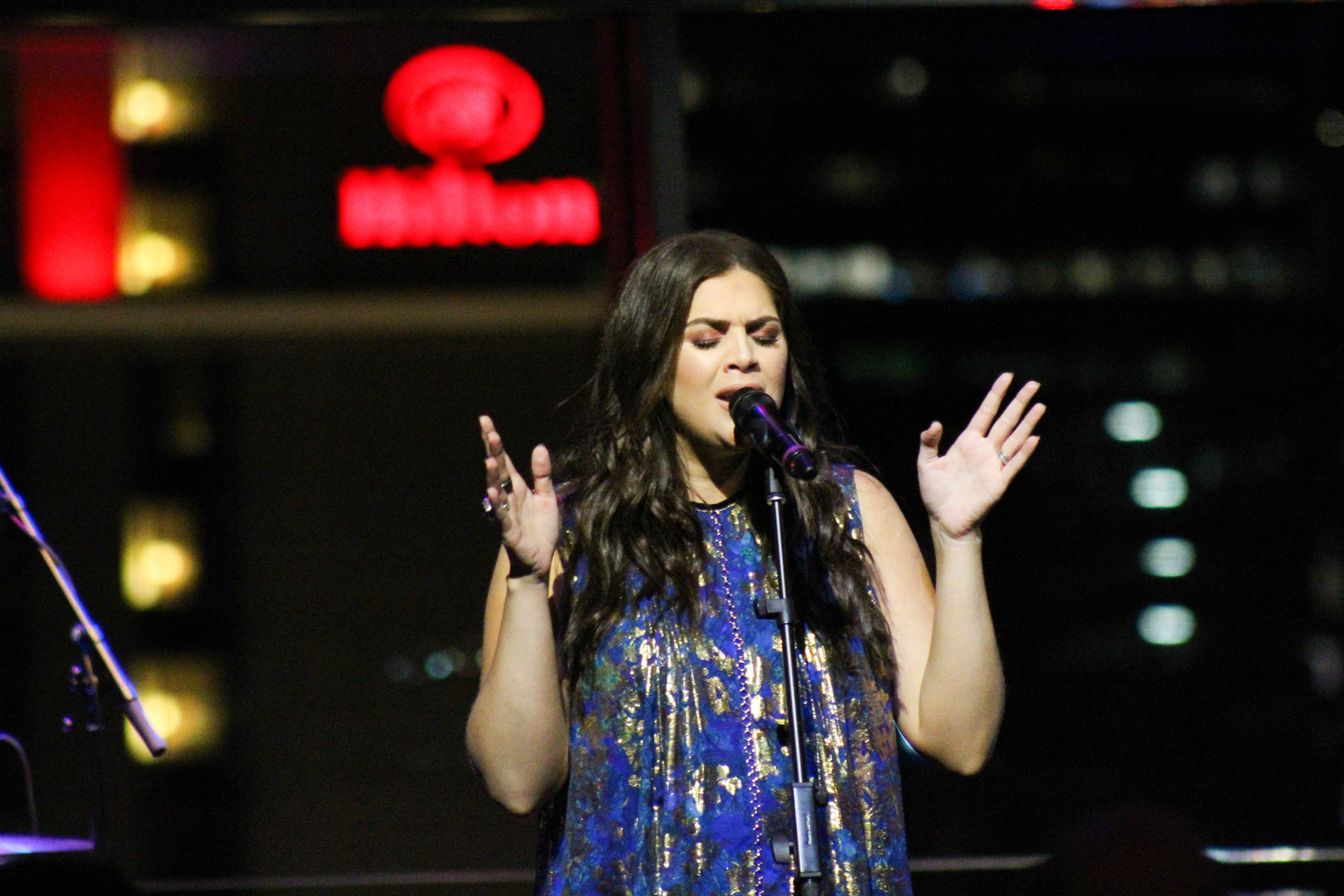 Hillary and Charles, the band’s lead singers, recounted the story of how they met. One night on Broadway, the two sang karaoke together, and later started performing together. They didn’t mention how Lady Antebellum’s third member, Dave, joined the band. Dave sings harmonies, and his role in the band was accurately reflected in his stage presence, as he only spoke twice throughout the concert.

Lady Antebellum dedicated “Army,” a song off their new album, to the veterans in attendance at the concert. Veterans Day was observed on Friday. 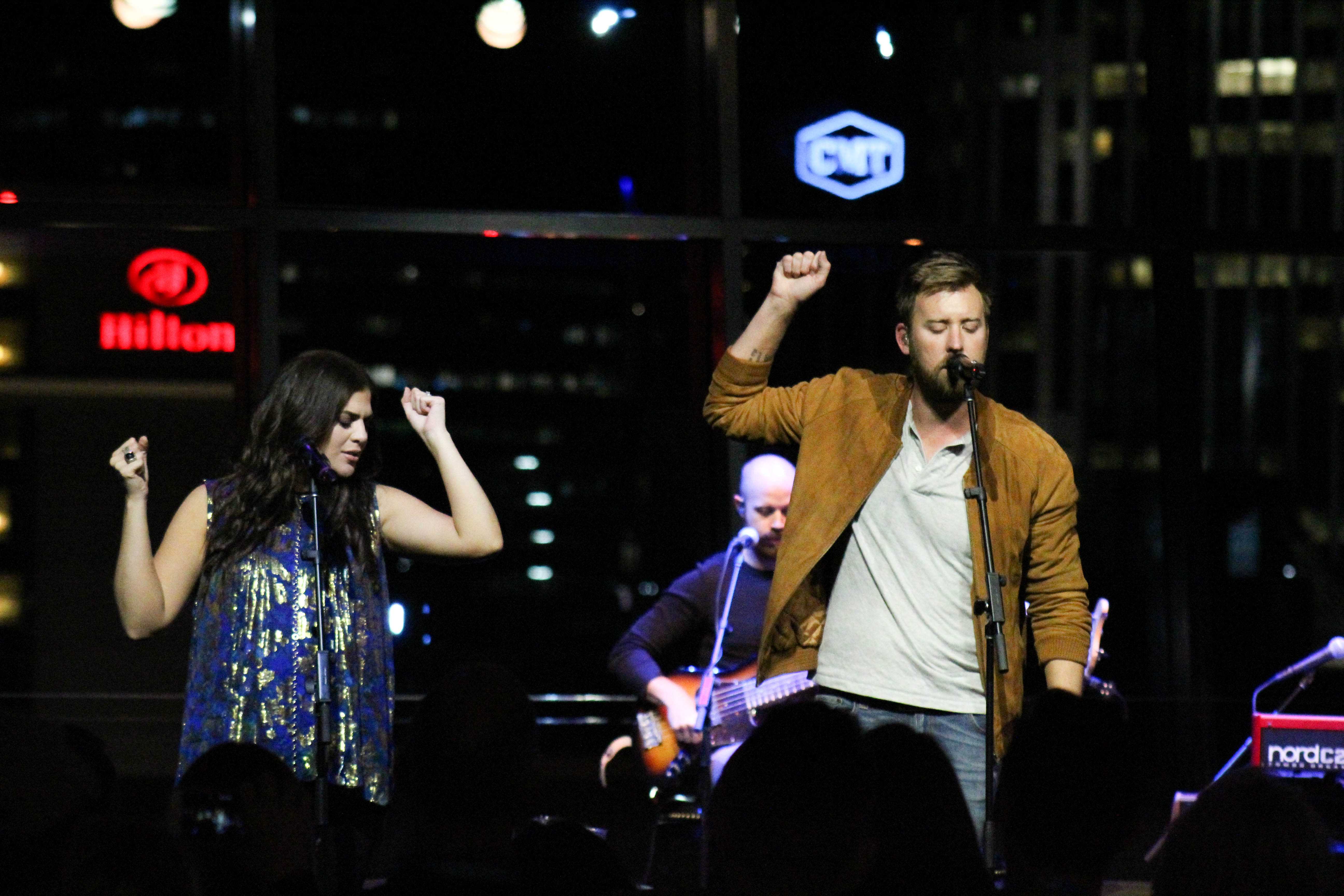 The band ended the concert with a stripped-back version of their 2010 smash hit “Need You Now”. They described this slower, more reflective rendition as what they had originally envisioned for the song. This gave fans a new perspective on the band and their work, as did the whole concert. The smaller venue and a simple stage setup allowed fans to experience Lady Antebellum as musicians and people.