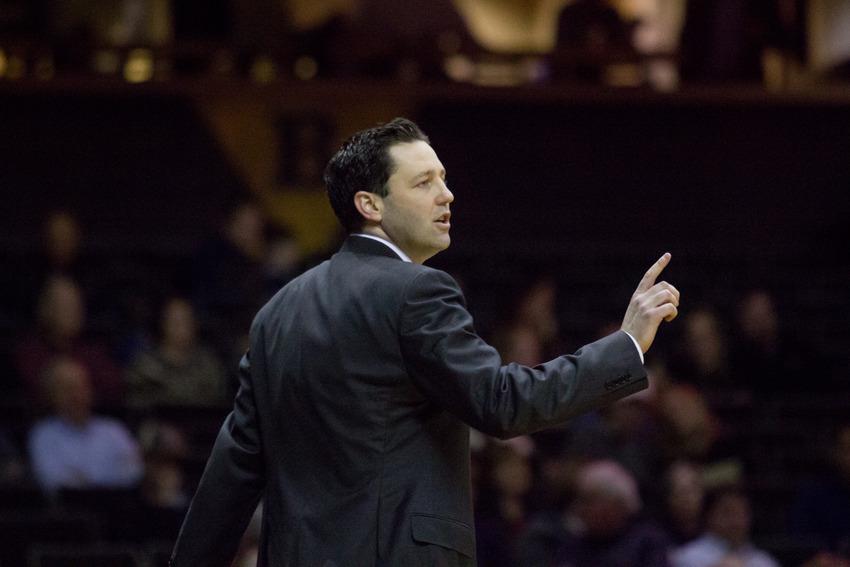 First-year head coaches rarely dazzle.  Taking over an entirely new team with players that have to learn a new system is a tall task.  Losing your two best players by way of the first round of the NBA draft makes that task even taller.  And facing the toughest strength of schedule in the country makes that task look enormous.  That’s the situation Bryce Drew was in when he left Valparaiso and took the job at Vanderbilt just last year.

It was supposed to a be a rebuilding year for the Commodores.  With rare talents in the form of Wade Baldwin IV and Damien Jones heading on to the pros, Drew’s chances of getting this team back to the NCAA Tournament seemed slim to none.  A 12-13 start featuring blowout losses to Marquette and Middle Tennessee by a combined 48 points only solidified that notion.  It was the early struggle that pundits and fans expected from a head coach who was just dipping his toes into the pool of Power Five basketball.  But Drew refused to sink and succumb to the first-year head coach struggle.

From there, Vanderbilt went on a 7-1 run featuring two marquee wins against the Florida Gators.  The team’s only loss came to the Kentucky Wildcats by a mere six points.

“The team caught a really good rhythm in February and they played really well together,” said Drew of his team’s late season surge.  “That’s because the guys really started clicking.”

A berth in the SEC Tournament semifinals followed up by a spot on the nine line in the NCAA Tournament completed the turnaround.  Even with a heartbreaking loss in the Round of 64, the season was an improvement from Kevin Stallings’s final campaign, and Drew had laid the groundwork for a bright future in Nashville.

Now entering his second season as head coach, Drew has given Vanderbilt fans a reason to have high expectations.  The loss of Luke Kornet creates a massive void in the frontcourt, but the Commodores return three of their four leading scorers.  Add a strong recruiting class and Vanderbilt has more depth than it’s had in years, particularly at the guard position.  The ample talent up and down the roster has given Drew more freedom in his second year.

“It’s been nice to have been able to practice a little bit longer, to scrimmage a little bit more, so there’s definitely been some advantages to it,” said Drew of the merit of having more bodies on the roster.

The team’s depth also allows Drew to fiddle with the starting lineup a little more.  Last year, in need of answers, he relegated leading scorer Matthew Fisher-Davis to a sixth man role, where he shined.  Drew has never been shy to change up the lineup to try to find the right combination, and don’t expect him to stop now.  He has talked about moving Riley LaChance off the ball to give him an opportunity to look for his shot more, and is still looking for the right combination before Friday’s game against Austin Peay.

“We’ve got a lot of players that can play and a lot of different combinations, so the players that are playing well will get those opportunities and hopefully take advantage of them,” said Drew.

If that’s any indication, it looks as if Drew will continue to go with the hot hand and experiment with different lineups, but there isn’t much time to experiment.  Vanderbilt faces a tough run of opponents early in the year, and for the second straight season, the schedule isn’t doing Drew any favors.  This season should also be a more competitive one in the SEC, as in addition to the usual suspects at the top, several top recruits have landed across the conference, and other teams have returned outstanding talent.

“It’s only my second year here so obviously others have more experience than myself, but from what I see on paper and from the players and the coaches that are in the league, it should be on paper one of the better years the league has had in a while,” said Drew, acknowledging the immense talent within the conference that will make this schedule perhaps even more daunting than last year’s.

It’s safe to say that Drew will have his work cut out for him to get Vanderbilt back into the NCAA tournament and improve on an impressive first year.

“You want to get back in that situation and have a chance to correct it and try to win that game, but we know it’s a journey,” he said of his expectations for the team.

While a lot of pressure is lifted off the shoulders of a head coach after his first year, the pressure to improve will always be a heavy weight, and the same can be said for Drew for years to come.  It’s this desire and ability to reach for new heights, however, that sets him apart from the Kevin Stallingses and the other Vanderbilt coaches of the past.

It’s been decades since Vanderbilt has landed a top 20 recruit, and the university has never landed more than one in its history.  This year, however, Drew is on the cusp of landing two top ten recruits, and potentially a third.  On Wednesday, Darius Garland, the third-ranked point guard and tenth-ranked player overall in the class of 2018, according to 247Sports, will announce his decision on where he intends to play next year.  Vanderbilt is the favorite to land his talents.

While Garland’s interest in Vanderbilt can in part be chalked up to his local roots, the same cannot be said for Simisola Shittu, the nation’s top-ranked power forward and seventh-ranked player overall, who plays his high school basketball in Vermont.  After visiting Nashville twice, Shittu cancelled his final remaining visit to North Carolina, making Vanderbilt the most likely destination.  Fifth-ranked Romeo Langford also has Vanderbilt on his short list, but his commitment seems far less likely.

Drew’s ability to attract top high school talent to Vanderbilt is unparalleled.  It has provided even more hope to Commodore fans that not only can this team make an impact this year, but with Drew at the helm, it’s set up to be a force for years to come.

Whether those guys will commit remains unclear, but one thing is clear.  Bryce Drew has found a home in Nashville, and if he can build on a successful first season, it might be his home for a long, long time.  As for this year, that all starts tomorrow night.