Kyle Shurmur By The Numbers: breaking down his stellar season 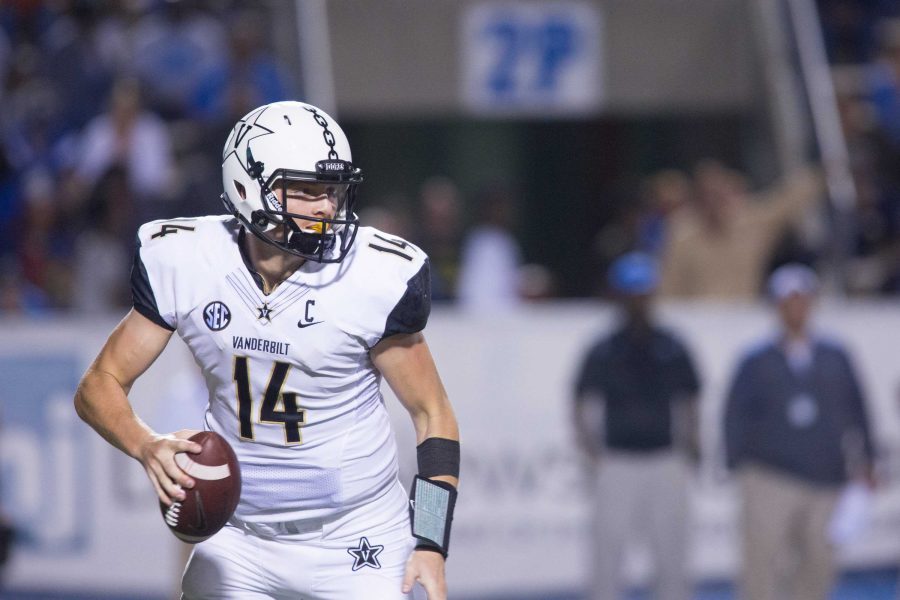 While Vanderbilt’s football season this year has been very up and down, one thing has remained consistent: the play of quarterback Kyle Shurmur.

To this point, Shurmur has thrown for 1,884 yards and twenty touchdowns. He also is completing over 55 percent of his passes and has only thrown three interceptions.

Shurmur is having his best season of his career by far. He has career highs in completion percentage, yards per attempt (7.42), and quarterback rating (141.8). Additionally, he has more than doubled his touchdown total from last season.

Shurmur is starting to leaving his mark in the history of Vanderbilt quarterbacks. The Commodore jersey has been worn by many successful quarterbacks dating back to the last century. This list includes College Football Hall of Famer Bill Spears (1925-27), the top overall pick in the 1952 NFL Draft Bill Wade (1949-51), and Vanderbilt’s all-time passing yards leader Jay Cutler (2002-05).

While Shurmur is not quite on the level of these quarterbacks, if he finishes out this year and continues into next year playing at the same high-caliber he has been playing at, he could very well be in the conversation of top Commodore quarterbacks ever.

As Vanderbilt fights to be bowl eligible by the end of the season, they will need Shurmur to continue playing at a high level.