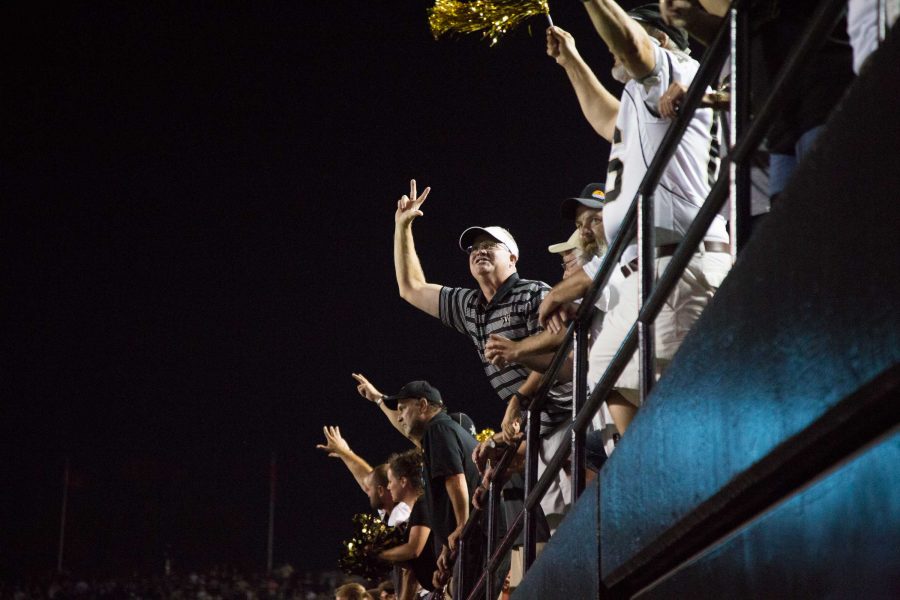 The SEC slate is uninspiring in Week 6, and all three games to watch come from other conferences. Two top-25 matchups highlight the slate, along with a Pac-12 North offensive battle.

No. 17 Louisville at No. 24 North Carolina State

Thursday night’s ACC bout could very well establish the winner as Clemson’s main challenger in the ACC Atlantic division. Louisville already lost to the defending national champions 47-21, and the Cardinals need this victory to stay in the hunt behind Clemson. NC State has yet to play Clemson, but they defeated traditional power Florida State 27-21 in Week 4.

Louisville is led by last year’s Heisman-winning quarterback Lamar Jackson. Jackson is the team’s leading rusher and passer, and dual-threat ability is an asset in a Bobby Petrino offense that values playmakers. The Cardinals’ high-powered offense is averaging 40 points a game and 7.6 yards per play. On the other side of the ball, Louisville has recorded 40 tackles for loss on the season. The Cardinals need to continue to put pressure on the quarterback to test second-year starter Ryan Finley.

NC State’s senior defensive end Bradley Chubb is expected to be a top-15 draft pick after this season. Chubb has 5.5 sacks on the season, after collecting 10.5 sacks in 2016. If Chubb can put pressure on Lamar Jackson and force him to throw outside of the pocket, Jackson’s accuracy problems should become apparent. NC State’s secondary is allowing almost 285 yards per game through the air, so any pressure on Jackson will be welcome. Wolfpack quarterback Ryan Finley has not thrown an interception in five games. Finley’s accuracy and decision-making will determine whether NC State can keep up with Louisville’s offense. If the offense starts turning the ball over, Louisville could flood the scoreboard with easy points.

ESPN’s College Gameday will visit Fort Worth to cover this matchup. TCU has been dominant in all four of its victories, including an impressive win at Oklahoma State. West Virginia suffered an opening week loss to Virginia Tech, but the Mountaineers have rattled off three consecutive wins since then.

Florida transfer Will Grier is tied for sixth in the nation with 13 passing touchdowns, all while playing one fewer game than everyone ranked above him. Grier’s favorite target is former quarterback David Sills, who has caught seven of Grier’s touchdown passes. Justin Crawford carries the workload for the running game and is averaging 7.4 yards per carry. The Mountaineers’ issues lie on the defensive side of the ball, as West Virginia’s front seven allowed 367 rushing yards to Kansas in Week 4. The defense will be tested by a run-heavy TCU offense that will try to wear down the defensive line.

TCU is also led by a transfer at quarterback in Kenny Hill, who transferred from Texas A&M before the 2015 season. Hill has improved his completion percentage from 61% in 2016 to 73% this season. His accuracy has brought the Horned Frogs’ offense to life and has allowed the running game to flourish. Running back Darius Anderson has scored six of TCU’s 12 rushing touchdowns. TCU’s defense is stingy as usual and is allowing opponents to convert less than a third of third down opportunities. Defensive end Ben Banogu has six tackles for loss, and he should rush the pass early and often in this game.

No. 11 Washington State at Oregon

Washington State is coming off a 30-27 upset of USC, while Oregon is 4-1. Oregon lost both starting quarterback Justin Herbert and star running back Royce Freeman in last week’s win over Cal. Herbert will be out for this game, but Freeman’s status is not known.

Mike Leach’s Washington State team is undefeated due to the success of his explosive Air Raid offense. The Cougars are averaging 414 passing yards a game, and senior quarterback Luke Falk led the team in the win over USC. Falk has thrown for 16 touchdowns in five games this year. Additionally, Washington State has the 11th-best total defense in the country, which has allowed them to overwhelm opponents early in games. If the Cougars defense can shut down Oregon’s offense for enough time, the offense can build a large lead before halftime.

As if losing Herbert was not bad enough, Oregon’s backup quarterback Taylor Alie was also injured late in the game against Cal. Freshman Braxton Burmeister’s redshirt was burned, and he may start against Washington State if Alie is still hurt. Oregon’s offense has been the highest scoring unit in the FBS, averaging 49.6 points per game. Oregon’s defense is tough for a Pac-12 defense and is allowing 26 points per game. If whoever starts at quarterback can limit his mistakes and command this speedy offense, the Ducks may be able to pull off an upset.